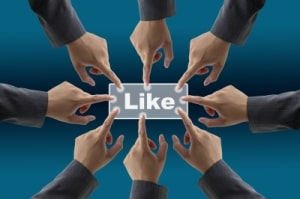 The summer of 2012 will be remembered as a roller coaster ride for Facebook, weathering growing pains and declining stock values while still keeping up a spirit of optimism for their potential growth. The company’s disappointing IPO last May had some questioning whether the site could adapt and remain an enduring part of popular culture. In addition, when Facebook launched Timeline last year, some businesses were dissatisfied with the opportunities available for promoting their brands on the site.

With Timeline, Facebook created a clear distinction between how businesses and individuals can use the social networking site. While individuals share their personal information in a profile, companies promote their business on a page. Recent statistics suggest that, on average, only 17% of a company’s fans actually see the content that it posts on its page. CEO Mark Zuckerberg and company have taken notice.

Facebook recently unveiled the concept of Promoted Posts, where businesses pay a fee to better ensure their posts will reach their intended audience. In October, Facebook extended that option to regular users at a cost of $7 per post, so anyone can now pay a fee to maximize the number of friends who see their posts. The information below assesses the introduction of Promoted Posts in the U.S. and contemplates what effect it will have on Facebook’s outlook for the future.

It’s not rocket science, so users won’t have trouble adapting to the new service. Any backlash from users based on confusion or technical difficulty is unlikely.

While users have become accustomed to enjoying all Facebook has to offer for free, Promoted Posts are a part of a larger strategy in which the site aims to generate much-needed revenue to make up for its recent shortcomings. Although $7 isn’t a fortune, for some small businesses, it’s not exactly pocket change either. It remains to be seen whether users will accept this concept after years of never having to pay for using Facebook. 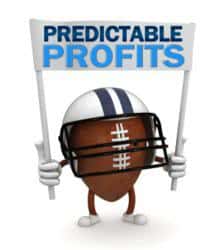 Many people may be surprised to learn that only a portion of their Facebook friends actually see their normal posts. That may happen for a variety of reasons. For example, if people have thousands of friends, there could be too much activity to appear on their news feed, so some content posted by their friends gets omitted. In addition, if a friend is not logged in to Facebook when you post something, there is a chance it might not show up on their news feed. Promoted Posts prevent that problem and give users assurance that their friends will at least have the opportunity to view their posts. Promoted Posts are also more prominently displayed on friends’ news feeds, thus increasing the chances that your voice will be heard.

While the advent of Promoted Posts gives users a way to increase their potential to grab friends’ or fans’ attention, paying for this kind of promotion is no guarantee. Users who want to maximize their investment will still need to focus on creating captivating content. Indeed, if your post has no character, its placement at the top of someone’s news feed likely won’t get you the results you intended. 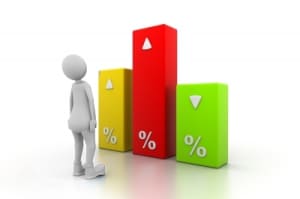 Another important feature of Promoted Posts is that users paying for the service can track how effective their outreach efforts are. That is, Facebook provides users with statistics on how many friends viewed these posts so a user can actually objectively measure their promotional success.

Some Facebook users consider the site an entirely social experience, rejecting the commercial aspect that has all varieties of businesses trying to attract potential customers online. These purists may be turned off by the overt self-promotion available with Facebook’s new venture, finding the concept narcissistic and unnecessary. The underlying concern is that increased advertorial content within news feeds will ultimately drive average users away from the service to new social media alternatives.

Whether Promoted Posts will become a staple among the options available on Facebook remains unclear. What is crystal clear, however, is that Facebook’s management is willing to take risks and experiment in an effort to perfect its product. Therefore, as with other new features introduced over the last several years, expect Facebook to carefully watch how users react to this new addition.

A key member of the team at www.extraspace.com, Tim Eyre, helps customers care for their precious possessions that must be put in storage. Extra Space Storage has locations in 20 Pennsylvania cities, including several West Chester self storage unit facilities.