Home / Content Marketing / How Our First Ebook Landed 1,000+ Leads in a Day 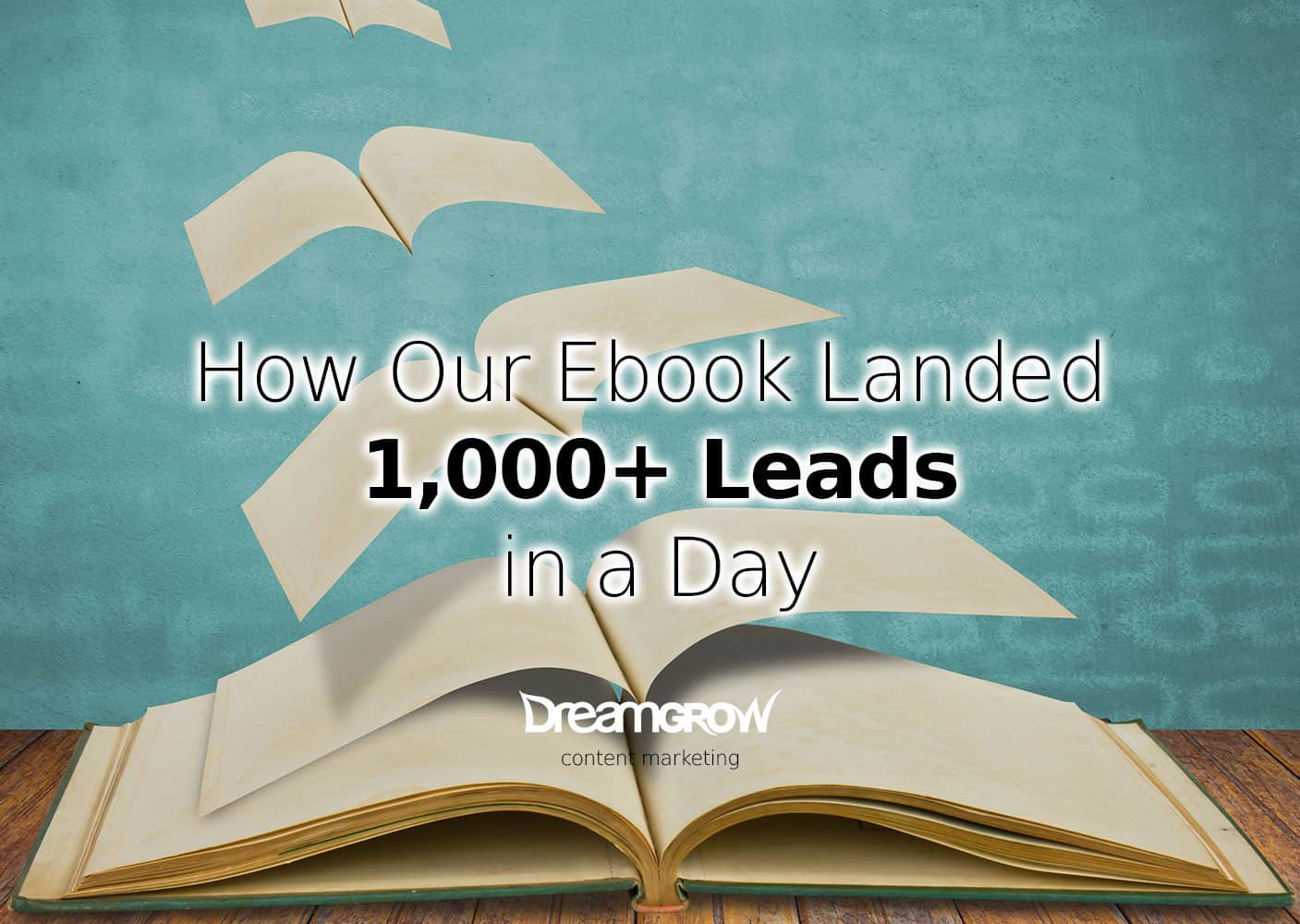 Home / Content Marketing / How Our First Ebook Landed 1,000+ Leads in a Day

Dreamgrow is reader-supported. When buying products through links on the site, we may earn a commission (at no extra cost to you).

Back in March 2016, we launched our first e-book – a business process automation guide to help people automate the work they didn’t need to do.

Within one day it had generated us over 1,000 leads.

Whilst marketing automation is a brilliant tool in any marketer’s arsenal; there’s one question I keep getting asked as to how the launch went so smoothly.

With no proven track record regarding ebooks, how the hell did we accomplish such a feat, and (more importantly) how can you replicate it?

As with pretty much any big release, the pre-launch preparation is absolutely critical.

During this phase, you need to be spreading the word of the upcoming release and interacting with sources who could be interested in sharing the final product post-launch.

Sharing on social media is all well and good, but putting in the preparation beforehand exponentially increases the reach of your efforts.

Unfortunately, the pre-launch prep also comes with a fair amount of busy work in the form of building a huge list of contacts and their details.

More than that, you also need to build up a rapport between yourself and the list you create – think of it like setting the stage which the ebook can launch from.

Sure, it probably amounts to 80% of the work (outside of writing the ebook itself), but it’s the difference between pitching cold emails on release day and having upwards of 100 different established audiences ready to land on your page.

When we publish a blog post we make sure to let everyone we’ve mentioned know of it – it’s a simple way to expose your content to multiple audiences easily.

However, with an ebook, you can do so much more preparation for that initial surge of leads post-launch.

Any spreadsheet program will do, but we’ve started using Airtable to create smart spreadsheets with linked fields.

Once that’s done, the next step is to get together a list of all companies relevant to your topic.

Tools like Buzzsumo make it easy to search for companies and sites by using keywords, although in our case we had a premade list waiting to be used – the list of all apps integrated with Zapier (which itself is a massive productivity boost).

Finally, you need to grab the contact details of everyone who influences fields relevant to your topic; names which you’ve seen during your research over and over again, or even figures you recognize from relevant blog posts.

Once you have your list ready to go, it’s time to send out emails to the entire thing.

Having said that, sending the same email to everyone is a one-way ticket to the trash bucket, wasting all the time you spent getting the list together.

Instead, the key is to send one of three different email templates depending on the type of influencer you’re contacting.

Not only that, but you should give them a link to the ebook and ask for any feedback they can give on the topic.

After all, nobody knows their products/companies/niches better than they do and reaching out before you publish is a great way to build a lasting connection.

This is a killer technique – along with doing keyword research and optimizing the landing page for the ebook; this was one of the biggest factors in generating leads by securing a solid connection with the list of influencers.

If you apply the feedback that your influencers give on the pre-release copy you sent them, they will be far more likely to promote the final product. Not only that, but you’re making the ebook itself more useful than you ever could on your own.

Think about it this way; if someone came out with a brand new ebook which mentioned your product, you’re pretty likely to send out a tweet (and then forget about it).

If, however, the author asks for your opinion on the section relevant to you, listens to what you have to say, and then comes back with an edited ebook, you’ve been involved in the writing process.

Not only that but as an expert on your own product/niche, you’re likely to be able to give some insight on issues that the author might not have considered otherwise.

In short, while you need to make sure that everything’s kept on-point and relevant, applying feedback from your influencers gives them a much bigger stake and sense of responsibility in the final product.

They want it to succeed because they’ve become a co-author for their own little section, and so getting that dedicated promotion is much easier. Think of it as a smaller, one-time version of business process management.

The post-launch section is effectively your home stretch after the mass of work put into pre-launch preparations. That doesn’t mean you can relax though.

You’re now on a timer.

The longer you leave it to capitalize on your launch, the more of your preparations you waste – old news is boring news. It’s your top priority task.

So, get straight to your post-launch promotion!

The first thing you need to do post-launch is to send emails to both your pre-launch list and your regular email list (if you have one).

In our case we sent direct downloads to everyone since our ebook was free – people just needed to sign up to the mailing list to gain access. After all, the product was free, so the main aim behind the ebook was to educate our customers and build our blog.

You should also include a click-to-tweet link in every email you send – this is by far one of the easiest ways to get some extra exposure and generate as many leads as possible off the back of your initial release efforts.

One thing to be aware of, however, is that you once again need to be sending different email templates to your pre-launch list. This time, the divisions should go as follows:

Side note – Mixmax is a great tool for letting you track when an email you sent has been opened, but the recipient hasn’t replied.

If someone gave you feedback, you need to make a point of thanking them for their extra input – this goes a long way to making sure that they know their voice has been heard.

If not many gave feedback (and so you don’t have many of these emails to send), you could even customize this response for each source, saying how you applied the feedback they gave you.

Companies and influencers who only replied to your initial email should be given a gentle reminder/re-introduction to the final product.

You could even mention that you applied feedback from other companies to improve the ebook since they last saw it.

People who only opened your email and those who didn’t open should be sent very similar templates, which should be a gentle reminder that the ebook exists and that it’s now been launched.

However, to get another slight boost, you could also add a small note in the emails to those who opened your initial pitch that they might’ve missed your last email.

It’s small, but it goes a long way to catch the interest of everyone who was interested enough to open your email but didn’t follow through for one reason or another.

Social bookmarking sites provided a large chunk of fresh leads for us within the first day of our launch, but as with any content, you need to be aware of what’s suitable for various sites.

For example, there is almost guaranteed to be a subreddit relevant to your content, but if you violate the subreddit rules (e.g., those of self-promotion), then all that will happen is your link will be removed, and your account may even be blocked from posting.

You also need to do some digging on which sites are best to promote your content on. In our case, we got a massive chunk of traffic from ProductHunt, which can be hard to get on but is well worth the effort.

So, with the proper preparation, and after spending the time to build connections with influencers weeks in advance of release, we were able to turn our first ever ebook launch into a lead generating machine.

A machine which brought in over 1,000 leads in one day after release, and continues to bring in new users to this day.

Have any comments? I’d love to hear your experiences with product or content launches, and what you did to make sure that the launch period would generate a large amount of interest in your niche! 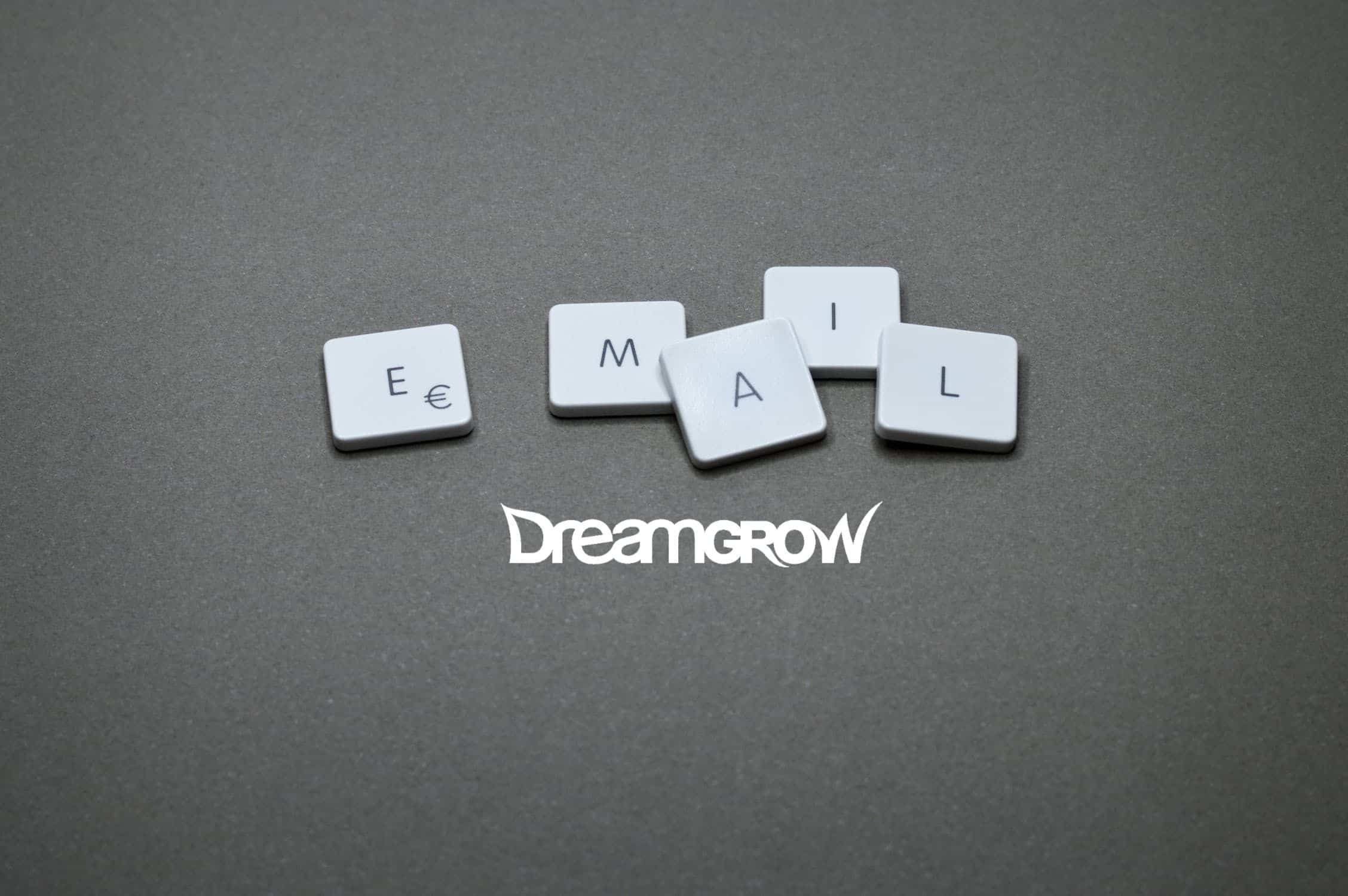 Related Article
What You Need to Know about B2C, B2B Content Marketing [Examples]
Why Their Infographics Go Viral and Yours Don’t