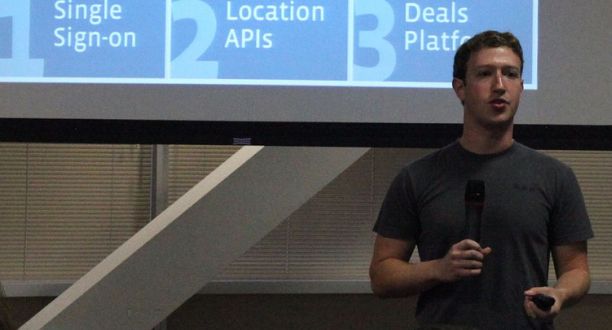 Bloomberg reports that a poll of global investors reveals that 69% of them think that Facebook is overvalued. Just 10% thought it was “properly valued” (and 4% thought it undervalued), while 17% had “no idea.”

50 billion valuation may seem very optimistic if you are a pessimist and think that all the bad things will happen at once. People stop communicating with each-other, a competitor launches a superior network, Facebook stops being profitable, Farmville is shut down by the aliens.

I find it very unlikely that people stop communicating. There’s an huge advantage of social inertia and network effect in favor of Facebook. Close to 600 million people spend 700,000,000,000 minutes every month on Facebook. That is more than 8 trillion minutes per year! Facebook would need to get 80 dollars out of every user to justify 50B valuation or 0.006 dollars from every minute people use Facebook. And that is in one year. Seems reasonable.

One of the poll respondents, John J. Lee of PGB Trust & Investments, minced no words talking to Bloomberg: Eventually, all fads get cheaper copycat lookalikes. While being first to market makes Facebook a winner, another faster, stronger company with more something will come along and dilute its value.

Mr. John J. Lee of PGB Trust & Investments seems to live under a big rock that has blocked his view for a few years. Google launched head on assault against Facebook using its massive resources and huge userbase of Gmail. We all know what came of that.

I would really like to see a portable social media platfor emerge where I own the data and connections in a large digital blob. Free of a single provider dominance where I could move my data to any provider that has best features to offer. But I don’t see financial incentives behind this concept (but there are a lot of things that I haven’t seen).

Another thing to note is that Facebook is not publicly traded (doh!). Current investors might be more rational in their decisions than the average person trading on a stock market. But mostly I think that financial investors are underestimating Facebook’s value due to lack of vision and old models.

Eric Schmidt said: “Facebook users tend to use Google search. Facebook’s ads business does not displace our advertising. I’m somewhat perplexed by the obsession because I don’t think the facts support it.”

Yeah, sure! Eric will tell you that Facebook is a threat when they buy Google. I’ll give you that Facebook search sucks big time. If you want to find something on Facebook you use Google. Facebook’s myopia in this regard is a gaping hole in their armor. I understand that it’s hard to go against Google in search but their friends at Microsoft could help out. This would cut a nice piece of search revenue from Google’s pie. Adding social dimension to a search advertising targeting would be intense!

Carnegie Mellon computer scientist and data security expert Latanya Sweeney: Facebook’s existence and popularity was predicated upon a popular misunderstanding of the value of our own data. As people come to more clearly realize the importance of securing their data and the value it has for other companies, their attitudes towards sharing that data will change.

Of course, when the hell freezes over and people start acting rationally then this is a totally reasonable scenario. Until then people just continue to flock to most populous social networking site. Suggestion that people start to get paid as they allow the use of their data in ad targeting seems interesting but it’s really difficult to get the payments high enough for people to switch networks.

I’m sure that when Facebook’s IPO comes it will be overhyped, but the current 50 billion valuation seems reasonable.