Imagine that you are a marketing manager working in a leading travel agency in your region. All of a sudden there`s a massive volcano eruption in Iceland which paralyzes most of the flight traffic in Europe. What do you do?

How do you turn the crisis around and actually get positive results out of the situation? Is there a positive way to solve the situation when thousands of your clients are in trouble. If there is – how will you do that? The following is a case-study of how Estravel managed to deal with a major crisis using social media. 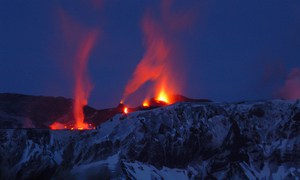 On April 15th 2010, a volcanic eruption occurred and within the next day it became clear that people will not be able to get home or travel abroad. Most of the major airports in Europe were temporarily shut down for days and your travel agency starts to experience an overload in activities. Your travel agency must cancel and change flight tickets, make annulments to already scheduled plans, organize extra accommodations to hotels and what’s most important – ease the minds of thousands of people who are unable to get home.

Estravel set itself goals that they wanted to achieve through communication during the crisis. Among these goals were:

Estravel’s communication strategy was to take the role of a thought leader in the local travel industry. Moreover, there was a gap in the information available at that time so their strategy was to give their clients and the general public valuable advice about how they should act in a crisis situation.

It was a challenge to take a leader role on that matter. It was a decision made with scienter. And it was worth it! We strengthened our position as a most reliable travel agency with professional attitude. Sales increased conisederably within next months and our NPS score got higher and we had massive positive feedback from our clients. 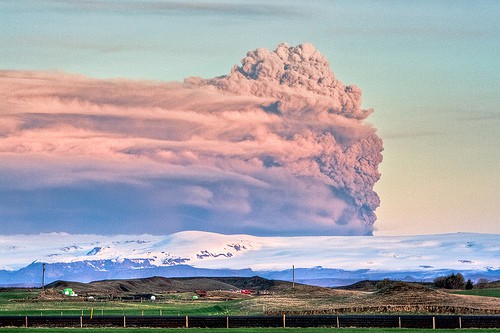 It was only logical that Estravel’s detailed course of actions validated their position as an industry thought leader in Estonia and the nearby countries.

Moreover, feedback from their clients increased Estravel’s Net Promoter Score (NPS) to 64% which is a great result (according to Inc, the average NPS is about 10-15%). The actions of Estravel also increased sales of the following months. In May, their sales figures rose by 12% (in comparison to 2009). This number continued to climb and in June the sales were up by 16% and 8% in July.

Of course every crisis situation is unique and the course of actions might for that crisis might be different than those presented in this case study. What can be deducted from this study is that you must always be prepared for a crisis – you never know when it might hit you and in other words, failing to plan is planning to fail.

It should be noted that Estravel are experts in their industry and this is why they managed to handle the crisis situation with elegance. Never in the history has a similar situation occurred so Estravel had to think on their feet. The inclusion of third parties such as airlines, insurance agencies, accomodation service providers and alternative transport providers seemed to have increased the credibility and reputation of Estravel. That is simply because they made themselves look like the professionals they really are.

The actions of Estravel lead to a notable increase in sales. Take away – solve a problem publicly and you will be loved.

Hi there! I'm a young marketing enthusiast currently getting my bachelors degree in the awesome field that is marketing. I'm passionate about inbound marketing, social media, mobile marketing and my own personal hobbies such as football and volleyball.