Social networking sites like Twitter can be useful resources in the search to find a job. However, once you secure a position, the information you share online can become a liability. The experience of several high profile professional athletes illustrates that point. Below are six tips to ensure that your Twitter use doesn’t negatively impact your career. 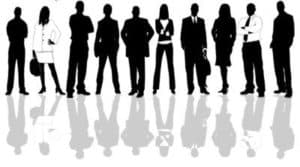 Certain topics like religion and politics often hit a nerve with people, so tweeting your strong opinions about these issues could lead to controversy. That’s particularly true if your opinions may offend or alienate some of your coworkers or superiors, or even your clients. Other sensitive subjects, including off-color or tasteless remarks, should also be avoided. Houston Texan Kareem Jackson learned that the hard way. Jackson proudly posted photos on Twitter documenting his attendance at a cockfighting match in the Dominican Republic. Animal lovers were enraged, and it seriously damaged his reputation. Jackson would now probably agree that before tweeting about an issue, it’s prudent to consider who you might offend and how it might impact your job and professional reputation.

When using Twitter, it may be helpful to adhere to the old adage “If you don’t have something nice to say, don’t say anything at all.” Complaints about a specific person, when expressed on the internet, are likely to make their way to the target of the grievance. Therefore, broadcasting criticism of your boss can land you in hot water. No one knows about that better than NFL player Larry Johnson, who publicly insulted his coach via Twitter. The stunt eventually cost Johnson his job.

Just as tweeting about a specific person could jeopardize your career, publicly criticizing the conditions in the office can lead to trouble. Although discussing (and even complaining about) one’s working conditions may be protected under federal labor laws, publicly exposing your gripes about your work is not a good career move. In 2009, San Diego Chargers’ cornerback Antonio Cromartie blasted his team for serving “nasty food” at its training camp. If the criticism had been delivered privately to management it may have been considered constructively. However, Cromartie decided to express his frustrations via Twitter, which led to embarrassment for the team and a fine for Cromartie. 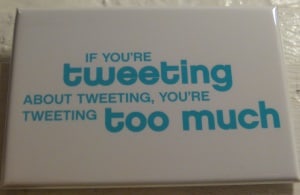 If you’re the subject of public criticism, responding on Twitter in an aggressive manner can lead to a prolonged exchange of embarrassing attacks that appear petty and childish. Milwaukee Bucks guard Brandon Jennings found himself in a Twitter war of words with someone posing as Los Angeles Lakers guard Jordan Farmar. The jabs going back and forth made Jennings look foolish, especially when it was revealed that the real Jordan Farmar wasn’t actually involved in the argument. The better approach is to pick your battles. If the initial attack contains false information that could damage your reputation, responding to correct the inaccuracies is appropriate if done in a professional manner. However, if the criticism doesn’t seem credible on its face, the best policy is to ignore it. 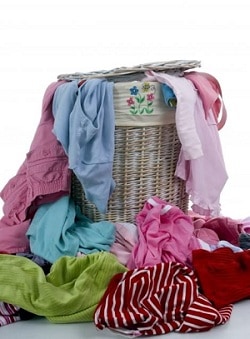 Good things seldom come from voluntarily publicly revealing the intimate details of our private lives or our personal problems. Case in point: NFL player Jabar Gaffney. The fallout was fast and harsh when Gaffney tweeted hurtful things about his wife, his cousin, and another NFL player. Although Gaffney later claimed that his account had been hacked, the damage was done. Quite simply, broadcasting personal information makes people vulnerable to criticism and ridicule. Instead, when sharing personal information via Twitter or any other social networking platform, it’s best to keep it simple and refrain from revealing too much.

Companies don’t pay employees to play around on the internet. Therefore, many employers impose strict policies prohibiting use of social networking sites while on the job. The NFL enacted a similar rule, which New England Patriot Chad Ochocinco violated by tweeting during a game. The result was a $25,000.00 fine. In the business world, employers are monitoring internet usage more and more, so employees should save the tweets until after clocking out.

Author bio:Thomas Ford is the Marketing Director of 123Print.com, a leading provider of a high variety of quality items like business cards, custom letterhead and other materials for small businesses and solo practitioners.